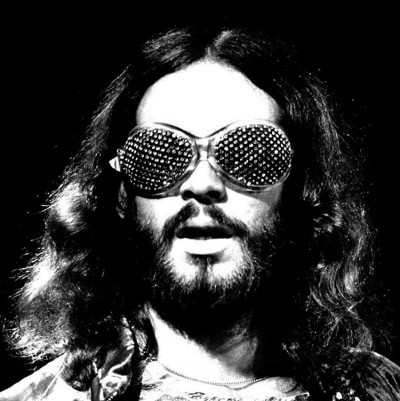 Samples in hip hop are a main ingredient of many successful hits. “No Church In The Wild” is no exception. That beautiful looped guitar riff comes from the talented master, Phil Manzanera, of Roxy Music. Phil’s solo work, “K-Scope” from 1978, was sampled by Kanye West and Jay-Z in their 2011 song.

Phil called this “the riff that changed [his] life” in an interview. He had almost forgotten about the obscure song he released on an album recorded while Roxy Music were on hiatus when someone from Roc-A-Fella Records called to let him know that his song had been sampled. A producer and rapper named 88-Keys had gone around record stores and amassed obscure music, he then presented his best lot to Kanye who chose Phil’s riff.

What not many people know is that this is not technically a guitar riff. The sound is the combination of a foot-long harmonica and a guitar.

This is not the first time Manzanera or Roxy Music have been sampled. Phil remembers getting a call in the 90s’ when Ice-T had sampled a song called “Amazona” on “That’s How I’m Livin'”. He was just happy to hear it and didn’t ask for any money. As a side note, Phil is a true musician and does the art for the love of it. He doesn’t agree with the recent Gaye Estate settlement on “Blurred Lines” and thinks copyright laws are painfully outdated.

In the spirit of musicianship and appreciation of what Phil calls serendipity, he covered the sampled song with singer Sonia Bernardo, for his upcoming album The Sound of Blue. Sonia’s singing style is more upbeat than that of Frank Ocean and the beat is back to it’s original tempo, which had been slowed down by the Kanye/Jay-Z version. It’s rare and awesome to hear Manzanera cover and respect a song that sampled his riff.