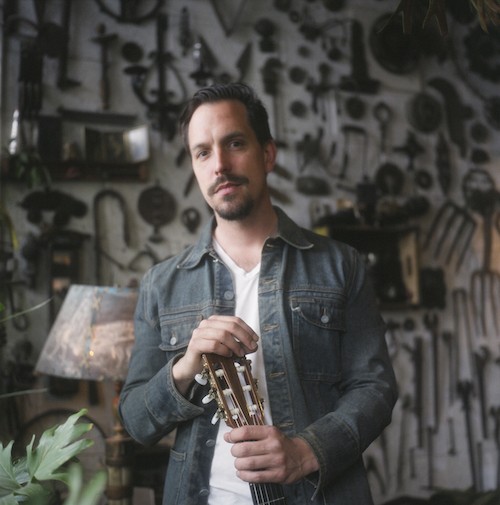 Beatles covers are a dime a dozen these days (we’ve got a review of another tribute album going up later today in fact). The originals are so iconic it can be difficult to put one’s own stamp on it. Most covers stick too close to the originals, but then the braver attempts at dramatic reinterpretations fail ten times as often as they succeed. It’s hard to win.

On his new version of “Julia” though, classically-trained guitarist Jeremy Bass finds a nice middle ground. He reworks the song into a tender bossa nova rhythm for his new album New York in Spring, finding a new beauty in the melody without veering off into novelty Beatles Go Brazil!-type territory.

“I didn’t want to do a cover that would sound exactly like the original,” Bass says. “I wanted to take a song I loved and create something new with those raw materials. The strange harmonies in ‘Julia,’ the way it jumps sections and circles back around on itself made it perfect for this adaptation. I was playing a lot of Bossa nova when I was writing the songs for my new album, and I started looking around for more recognizable tunes to do in that style. ‘Julia’ sits so naturally on the guitar, I took the standard chords and re-voiced them to bring out open strings, and slowed the tempo down to a quasi-Bossa setting. It just clicked.”

Listen to Bass’s cover of “Julia” exclusvely below.