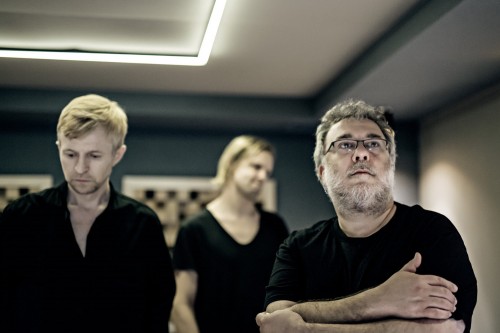 Few musicians come close to mimicking the raw emotion of the now-classic Bat For Lashes‘ ballad “Laura,” but if ever anyone ever stood a chance, it was Swedish singer-songwriter Jäje Johansson and Cocteau Twins‘ co-founder Robin Guthrie.

The cover, performed during a session at Red Bull Studios Paris (produced by La Blogothèque), flows with all the warmth and grace of the original, the pair succeeding in delivering a breathtaking and intimate show. Jäje, better known under his stage name Jay-Jay Johanson, revels in all things mournful and doesn’t stray from that path now. His vocal delivery drips with melancholy, while Guthrie provides gentle guitar twangs laced over delicate pulsing beats that culminate in a stunning rendition of Bat For Lashes’ 2012 single “Laura.”

Regarding the song, Johanson reveals the choice was fairly easy: both him and Guthrie are fans of Natasha Khan, and find “Laura” an astonishing piece of work. It also allowed Johanson to simultaneously pay homage to his wife, who shares the song’s name.

This is by far the first time Guthrie and Johanson have collaborated, and with the result of this live version, it shows. The original is hard to outdo, but if anyone ever came close to rivaling Natasha Khan’s piano ballad, I daresay it was these two.

Decide for yourself down below.

Listen to Jay-Jay Johanson here and be sure to watch out for his upcoming release “Opium” (June 16).