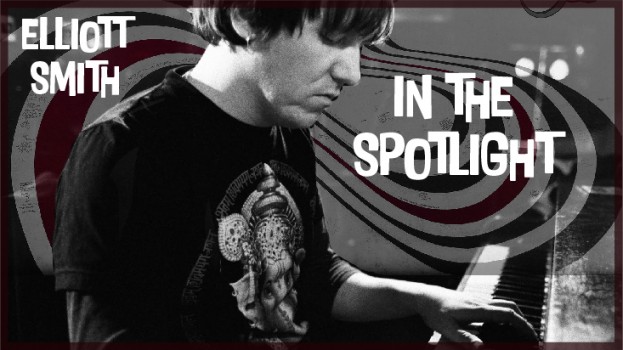 Elliott Smith was an outlier. He stuck out on his label, Kill Rock Stars, home of Sleater-Kinney and The Raincoats. He stuck out at the Oscars, wearing a white suit while performing “Miss Misery,” a polar bear stranded on a floating iceberg that failed to sink the Academy’s love of all things Titanic. And he stuck out in defiance to America’s ignorance of his music by continuing to do things his own way, against the advice of those who supposedly had his best interests in mind. Unfortunately, he sometimes didn’t have his own, either.

When he tragically died in 2003 at the age of 34, he dropped the baton of the Beatles that he had wrestled from the baby boomers, broke the hearts of his fans, and faded from mainstream America’s short-term memory. But roman candles burned bright for him, and after a limited amount of his music was released posthumously, covers and tributes for him have continued to keep his music alive. His fans are complex and have visceral reactions to those covers, from those that see them as just fan love, to those that see them as reverential tributes, to those that think of them as sacrilegious.

Of course, here at Cover Me, we push back at the latter, and note with irony that Smith himself was a huge fan of cover songs, covering the Scorpions and Led Zeppelin with as much love as he covered Big Star and the Beatles. If he didn’t have a problem about cover songs, then neither should you. Covers of his music were rare around the time that he lived, but have propagated after his death. So here’s to those that brave the waters to float down the memory of his work.

The Mutual Admiration Society is a side project of Glen Phillips of Toad the Wet Sprocket and the members of Nickel Creek; their live covers of various songs have popped up all over the internets since. This version of “Son of Sam” rips it into pieces and lovingly tapes it back together with barbecue sauce and a little rosin.

Montreal’s Melissa Laveaux charges out of the gate strong with some Ani Difranco-style folk rhythms and a jazzy call-out that stops Morpheus from hitting the snooze button.

Liss is the frontman for the New Jersey band The Sixty Six (and also does a great version of  “A Distorted Reality Is Now a Necessity to Be Free”). He baits the listener like Smith’s original does, singing with a croon that delays the first verse for a third of the song. But once you hear that first verse, you’ve found yourself pulled up in the boat with a hook in your mouth.

David Solomon, a singer/songwriter from NYC, takes Smith’s indie pop triumph and slows it down to a melancholy ballad. Set the microwave to four minutes on defrost.
Voilà. Melted heart.

After Smith died, Barlow was asked by Jennifer Chiba to perform the set that Smith was going to play at the U.S. version of the All Tomorrow’s Parties festival a few weeks later. So The Folk Implosion/Sebadoh singer stepped up and performed Smith’s set in tribute. “A Passing Feeling” wasn’t even a released song yet, and it’s special that the first time many in the audience heard it, it was already a cover song. And it rocks.

QOTSA released Christian Brothers as a b-side on the “Sick Sick Sick” EP, which also featured a cover of Tom Waits’ “Goin’ Out West.” Going the Unplugged route, the band plays it straight, respectfully bookending the song with its trademark f-bombs.

Bonus: If there’s an artist that both captures the spirit of Smith’s music and does it her own way, it’s Rochester’s Mikaela Davis. The 23-year old Davis has played the harp over half her life, and it shows in her arrangement of Smith’s “Twilight.” Passionate, technical, wonderful, it’s all here.

The Elliott Smith documentary Heaven Adores You releases on DVD and Blu-Ray in June.

3 Responses to “In the Spotlight: Elliott Smith”