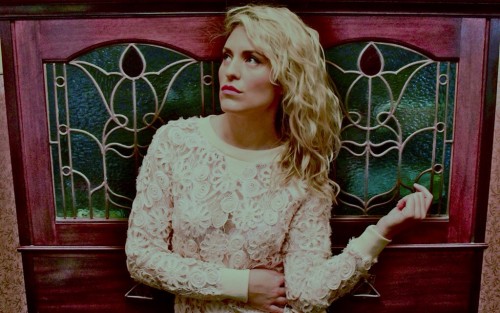 From Dutch symphonic metal band Within Temptation and English alt-rock group Placebo, to electro pop duo Avec Sans and British singer-songwriter Will Young, “Running Up That Hill” has certainly seen its fair share of cover versions.

Released in 1985 as the first single of Kate Bush‘s Hounds of Love, the song quickly leapt into the charts, entering at number 9 in the UK (eventually peaking at number 3), as well as reaching the United States’ top 30 – thus, no doubt, securing its attractiveness to being covered.

London based sassy pop specialist Elsie seems to have fallen for the allure and has likewise decided to take on the ’80s gem, presenting a “slowed down, chilled out cover of Kate Bush’s classic song.” (via Elsie’s SoundCloud)

True to her word, the Liverpool-born musician delivers an interesting version ripe with messy synth warbles and electro pop vibes which do the original justice – check it out below.