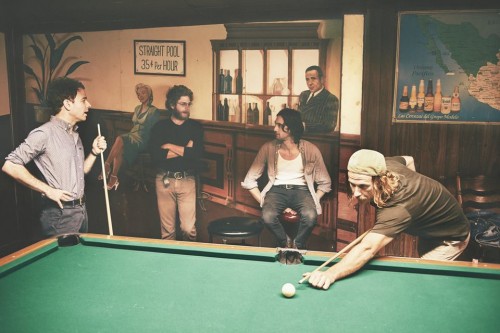 Warren Zevon was one of the most underappreciated artists in his time, at least by the general public. Sure, “Werewolves of London” gets heavy rotation between “The Monster Mash” and “Ghostbusters” on radio stations in October, but the rest of his catalog goes mostly unnoticed.

David Letterman did his best to make Zevon a household name though.  Warren filled in for Paul Shaffer over 20 times, plus made numerous visits to the show to promote his albums.  In fact, he referred to Dave as “the best friend my music has ever had”.

Zevon passed away from cancer in 2003, but that hasn’t stopped Dave from promoting his music on The Late Show. Recently, the L.A. band Dawes was asked to perform Zevon’s song, “Desperados Under the Eaves”.  The following video contains an intro from Letterman explaining the reasoning behind this request.  If you’re not already a fan of Dawes – or Zevon – you probably will be after this.