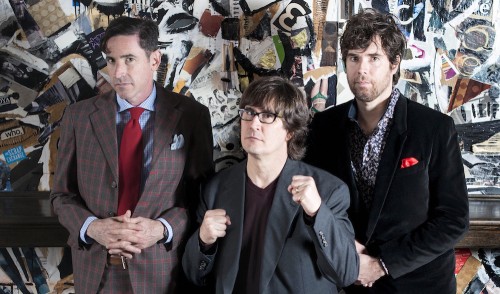 A couple nights ago, the Mountain Goats played an intimate show at a NYC winery to to celebrate the release of their pro wrestling-themed album Beat the Champ (which is way better than that description might imply). They threw a couple covers into the mix, one of Ozzy Osbourne’s “Shot in the Dark,” which they released on a 7″ last year, and a new solo take on the Grateful Dead‘s “St. Stephen.”

A solo performance by John Darnielle, this “St. Stephen” is pretty far from the 10-minute-plus jam versions the Dead would do live. Though Darnielle is perhaps better known as a black metal superfan, he is also a huge Deadhead, once even describing “St. Stephen” as “the song I’ll be singing when they lower me into the ground.” Thankfully, we didn’t have to wait for that to hear his cover. Watch it below, then download the full show over at NYCTaper.