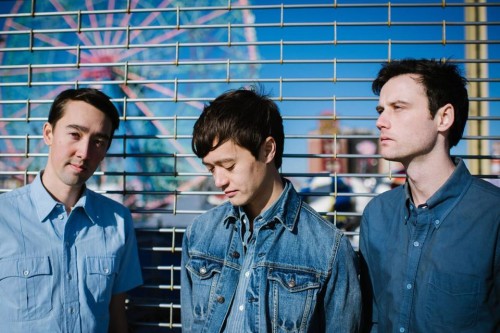 The first time I heard POP ETC, they were actually called The Morning Benders.  They sang “Strangers in the Night” for a Sinatra tribute album called His Way, Our Way.  Then I heard them as POP ETC on the Twilight: Breaking Dawn Part 2 soundtrack.  (I bought it for the liner notes.)   Since then, I have been following their career and have loved the number of covers they have released.  (My favorite is the oft-covered Chris Issak’s “Wicked Game”.)

Now POP ETC takes on the song that is at the heart of the whole Sam Smith vs. Tom Petty saga: “I Won’t Back Down”.  Lead singer Chris Chu explained in an interview recently why he chose to sing this song.  “Something about it hit me completely differently.  It’s just such a great pop song. I know for more die-hard Tom Petty fans this song is kind of played out, but for a kid who didn’t discover Petty until later, it was a revelation. I realized I needed to go back and listen to him more.  Now I love the man!”