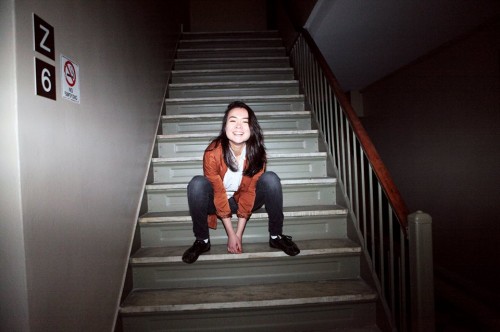 When I was 13-years-old, I bought Madonna’s Like a Virgin.  Up to that point, I listened almost exclusively to classic rock and ’80s hair bands, so this was quite different than what I was used to.  My older brothers mocked me for listening to “that pop crap”.  I promised myself then and there that I would never make fun of anyone’s musical tastes, no matter what.

I have to admit, I almost fell back on that promise when I became a father to pre-teen and teenage girls.  For example, I have a 13-year-old daughter who loves One Direction.  (Harry Styles – which I always thought sounded like a hair salon – is her favorite.)  Now, I have listened to more 1D songs than I care to admit on a public forum.  And while they are not necessarily on my list of Top 30 bands, I can honestly say that they are definitely not the worst band out there.

Mitski Miyawaki  – who goes by her first name, like Madonna – seems to feel the way I do.  Recently in Billboard she stated, “We seem to de-legitimize music that has a majority of young girl fans and think of it as having less cultural value.”  She then goes on to prove her point by covering One Direction’s “Fireproof”.  (Which is a pretty good song, even when done by the boys in 1D.)

Trust me, don’t dismiss this cover simply because it’s a One Direction song.