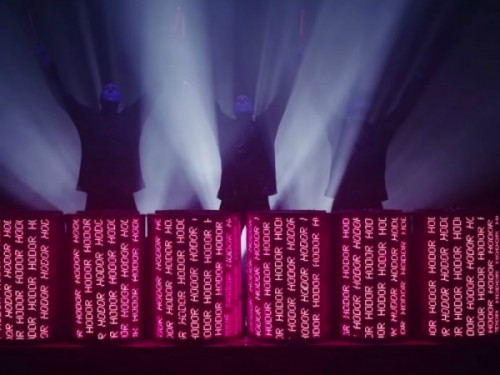 The azure trio known as Blue Man Group may have taken a vow of silence, but they have been making some noise with their most recent cover. Turns out the performers are big fans of HBO’s Game of Thrones.

The trio plays the catchy theme song on their signature PVC Pipes and add in some splashing liquid just for kicks. The lights on their instruments all flash “Hodor” – a character in the show that is mute save for the ability to say his own name. Maybe the trio felt some kinship to the character due to their lack of vocals as well.

Watch and listen to the tubular cover below:

You can catch Blue Man Group live. Check for shows near you on the group’s official website.