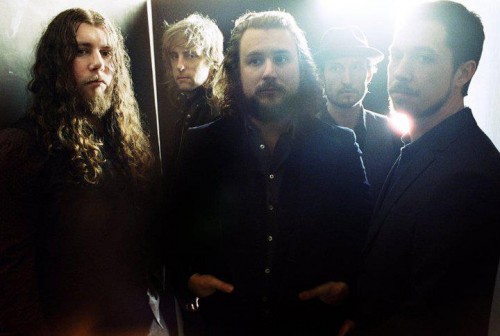 My Morning Jacket has an affinity for covering Elton John. Usually, the jam band will go into glam rock territory with “Rocket Man,” but for their One Big Holiday festival in Mexico, the band switched it up and performed “Bennie and the Jets.”

Before performing the cover, My Morning Jacket’s Jim James explained that “This is the song that Ben’s [Bridwell, of Band of Horses] parents were listening to when Ben was conceived. And Ben really wanted us to play this song. He’s gonna sing it with us” Unfortunately, Bridwell was not there to join along in the cover, but that didn’t stop MMJ from nailing this cover. Watch it below:

Check out more by My Morning Jacket on the band’s official website.