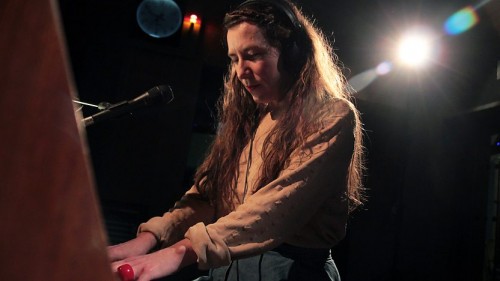 Few songs capture the absolute essence of melancholy quite like Radiohead‘s “Street Spirit (Fade Out)” – a track easily hailed as the Oxfordshire five-piece’s darkest work, frontman Thom Yorke once having described it as “the dark tunnel without the light at the end.”

In her incredibly intimate performance, Joseph relies on the raw emotion wrought from instrumentation soaked in minor arpeggios, gently pounding drums and her desperate falsetto cries. The piano quietly weeps – as do we –  while Thom Yorkes heart-wrenching lyrics sweep over us, resulting in a delicate and raw emotional overhaul. “Scotland’s best-kept secret” no more – with this precious gem of a cover and her own work, Kathryn Joseph is sure to attract the international eye.

BBC Introducing, a program intent on supporting under the radar musicians, featured the Scot in her live debut on the Vic Galloway show. Watch the powerful performance down below.