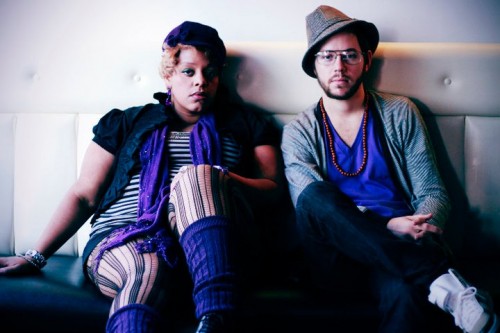 Let me add one more to the list: Fly Moon Royalty.

This duo from Seattle, consisting of lead vocalist, Adra Boo, and DJ/Producer/Keyboardist, Action Jackson can be best described as “electronic soul.” They have plenty of original music that is worth listening to, but since we’re all about covers here, they’ve covered Madonna, Duran Duran and fellow Seattle-ite Sir Mix-a-Lot’s “Baby Got Back”.  (I know what you’re thinking: “Who hasn’t?”  Trust me, you haven’t heard a version like this one.)

Fly Moon Royalty’s latest, a cover of the 1981 classic “In the Air Tonight,” isn’t all that different from the original, musically speaking.  In fact, at first listen you would almost think it’s a karaoke version.

That’s not to say that Adra Boo sounds like your drunk college roommate singing Phil Collins.  Quite the opposite, actually.  Listening to her sing this song almost makes it – for lack of a better word – spiritual.