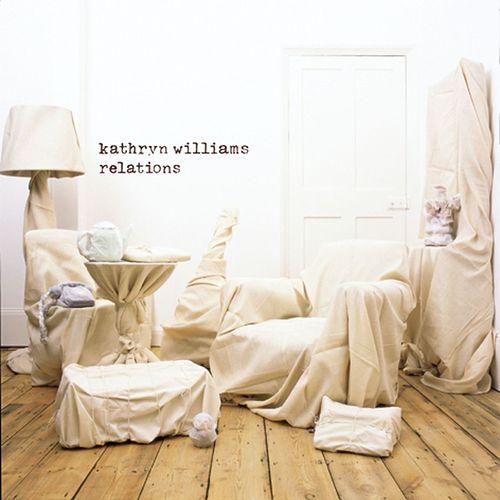 I guess I felt a little bad about by my recent damning by faint praise of Annie Lennox, so I’ve been feeling the need to redress with something topnotch. And I have it, with Relations, the 2004 LP by Kathryn Williams, silky-voiced folkish songstrel. I guess she isn’t well known outside her fan-base in the U.K., which is a shame because she damn well should be. 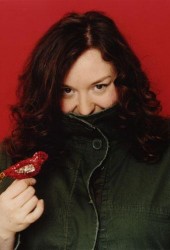 She appeared from nowhere in 1999 with her self-produced debut Dog Leap Stairs; her 2nd outing – Little Black Numbers, where I first clocked her – was picked up and put forward for the U.K.’s prodigious Mercury Music Prize, resulting in a proper record deal. This album was a wonderful mix of honeyed vocals with guitar, double bass and cello, somewhat ahead of the current trend of ubiquity for the latter instrument in singer-songwritery. After another equivalently exquisite LP, Old Low Light, she popped out this beauty, a selection of scrumptious covers.

So where do I begin? Not only has she the voice to turn any sow’s ear into silk, she also clearly has the record collection I would die for, with every doomed poet of love grouped together, along with the cracking wheeze of re-interpreting Rod Whenhewasgood Stewart, in a perhaps less-well-known session-man guise. Which clearly has to appear.

OK, in a latter light, “Hallelujah” might seem too obvious a Cohen to cover, but in 2004 only John Cale and Jeff Buckley has stepped there with any presence, and her version certainly holds its own against other female interpretations (thinking k.d. lang).

It is her versions of songs by Lou Reed and Alex Chilton that turn the tide, along with Tim Hardin’s “How Can We Hang on to a Dream.”  And if Neil Young and Nirvana seem too obvious for interpretation, it is hardly her fault that others have clustered around those same flames.

Since 2004, Williams has continued to plow her own farrow, eventually returning to her own label, working with, amongst others, Neil MacColl, brother of Kirsty and son of Ewan.

So to some songs:

Decade-long slow burner by Aussie one-hit wonders, eventually charting in 1972 after the then-unknown session singer Rod Stewart became world-famous, Williams slows and sweetens the tempo of “In a Broken Dream,” with glorious glissandos of strings replacing the dated harshness of the guitar motif. The lead track on the LP, it dragged me in immediately. (By the way, ever wondered how Rod might have done it his own way?)

“How Can We Hang On to a Dream” is perhaps more typical of the standard Williams template of cello, brushes and her voice, the xylophone adding a poignancy to feel that this is another dream about to be broken.

Reversing the sexuality of the usual voice of the Big Star classic, Williams manages to lose the current awkwardness of men singing about 13-year-old girls, even if originally written from the stance of a boy of similar age. Hell, she even sounds about 13, but imbuing the later regret and remembrance of age into the lyric.

More flawed innocence aplenty in this scarcely accompanied version of “Candy Says,” scuppering the view that Lou and the Underground were speaking only to doomed and lonely boys, later to make their own records. I think a lot of girls were listening too.

Just try and forget about Jeff. And Rufus, John Cale, k.d., Bono, Willie Nelson, Len himself… forget all of ’em, in fact. Trust me – she makes it easy.

Just a taster, then, but a lot more worth savoring, well worth a trip down to Amazon ($0.01used & new ?!) Or visit her website.

One Response to “Cover Classics: Relations by Kathryn Williams”