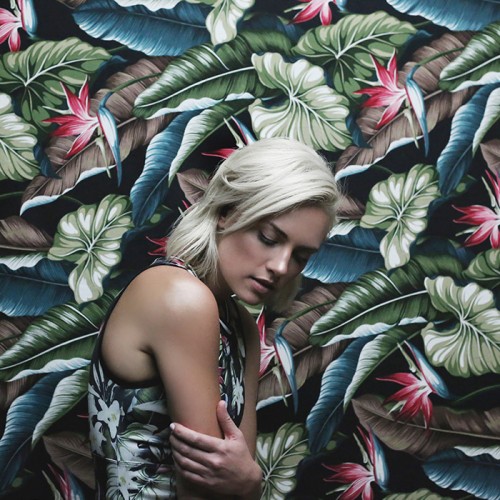 1983 was a great year for music. Michael Jackson was riding his album Thriller to levels never seen before or since. Men at Work was singing about Vegemite sandwiches. Even older bands like Toto, The Police, and Golden Earring were making a name for themselves.  Again.

And then there was Mötley Crüe.

Taking a little bit from New York Dolls, KISS, Alice Cooper and Ozzy Osbourne, the Crüe quickly became one of the most talked about bands of the early ’80s with their album Shout At The Devil.  They were loud.  They wore makeup.  They sang about the devil.  They even went as far as covering The Beatles’ “Helter Skelter”, which, at the time, was still associated with Charles Manson.  (This was before U2 stole it back.)

The second song on side two of that album was a song called “Too Young to Fall in Love”.  Recently, a Texan named Chelsea Lankes – hailed by Time magazine as “one of pop music’s better-kept secrets” – covered this tune.

“There are so many great lyrics and melodies from that era and dressed up a little differently, they can still be a really great pop song,” Lankes recently told SPIN. “‘Too Young to Fall in Love’ is…one of (the Crüe’s) best. I’m so drastically different as an artist from their sound but the challenge of making it my own is what makes doing a cover song fun.”

Lankes definitely makes it her own.  Her version of “Too Young to Fall in Love” sounds nothing like the original.  Gone are the driving guitars and double bass drums.  Gone is the urge to bang your head.

And yet, even the Mötley boys had this to say about it recently on Facebook: “We support other artists interpretations of our music….This is a cool version…These are some pretty raw lyrics as well…Good job Chelsea”.