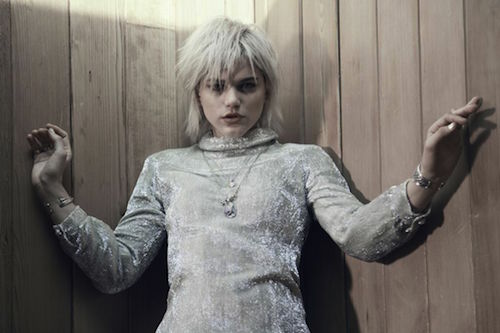 Like many people, I first discovered Soko through her 2007 debut EP Not Sokute – specifically, the amazing, insane track “I’ll Kill Her.” It sounded entirely unfiltered, an irrational revenge fantasy after a breakup delivered through a meek French accent. The delivery made the lyrics entirely believable – not that she was actually going to kill anyone, but that the narrator hurt so bad she was daydreaming about it.

After that EP, she all but vanished for five years. These days, though, she seems to be making up for lost time. She has her new album just out, which has gotten some buzz since it features the controversial but always bloggable Ariel Pink on a few tracks. And in the meantime, she recorded a cover of The Platters‘ doo-wop classic “The Great Pretender” for the soundtrack to director Tannaz Hazemi’s short film Before The Bomb.

“Tannaz wanted something really raw and almost like the inner voice of the little girl [in the film],” she told Noisey. “The script was so emotional and rich and felt so true and it taps into everything I love about life—childhood, raw emotions, vulnerability, feeling left out, abandoned. It was easy to perform something along the lines because that’s always what I’m looking for with my music: to feel real feelings.”

Listen to the cover below. (via Noisey)

Soko’s new album ‘My Dreams Dictate My Reality’ is out this month.