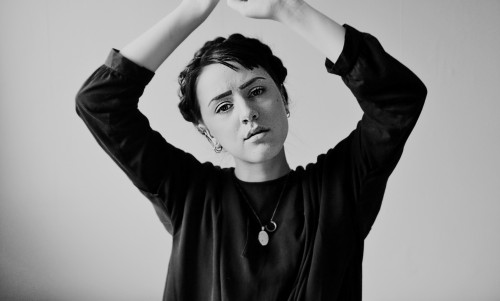 Simplicity is the secret of many a beautiful work of art, and most certainly the key to Swedish musician Adna’s sparse but powerful cover of Kleereup’s “Thank God For Sending Demons.”

With a gentle and  minimalistic piano accompaniment, chilling vocal harmonies and Adna’s signature soothing voice, the Berlin-based Swede transforms this tune into a haunting and mellow listen – a stark contrast to the original, which surges with upbeat guitar strums and a tinge of unmistakable Fleetwood Mac-esque influence.

On her reasons for covering this song, Adna simply offers:

“When Kleerup released his latest record and when I heard this track, among the other great ones, I got so inspired that I had to do something about it. This year has been really nice to me, and I can’t wait to see what 2015 has in store, so I thought a cover of this amazing song could be a beautiful way to end and start a year.” (via Despotz Records)