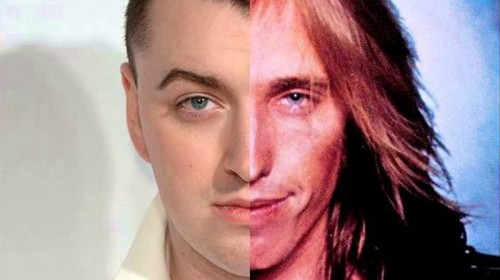 At the beginning of the year, Sam Smith quietly settled a copyright dispute with Tom Petty over the striking similarities between Smith’s three-time Grammy-nominated “Stay With Me” and Petty’s “I Won’t Back Down,” co-written with ELO’s Jeff Lynne. Both parties have claimed that there are no hard feelings and have moved on since the incident, which wasn’t even supposed to be made public. In an odd way, it is fortunate for us, because we have been able to hear a myriad of mash-ups of the two songs, including this rerecording by love+war.

love+war, compromised of Coury Palermo, Ron Robinson, and Pricilla Summer Coffey, is fairly new to the scene. The trio formed at the beginning of the year and this cover is their first official release. The band is currently working on their debut EP, and if this layered, dreamy cover of Sam Smith and Tom Petty is any indication of what’s in store, we’re excited.

See what else love+war is up to on the band’s Facebook page.