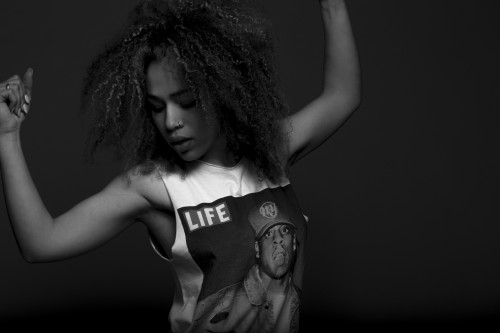 New York native Kiah Victoria is nothing short of an outstanding artist, and after her recent take on Coldplay’s renowned organ ballad, there won’t be many who’d oppose that claim. Having begun her musical pursuits at the age of two and later gone on to perform as Young Nala in the Broadway production of The Lion King at the tender age of ten, it comes as no surprise the degree of talent which she is capable of. A talent she eagerly displays with her take on Coldplay‘s “Fix You.”

Those familiar with the gloomy ballad can readily throw everything they think they know about the song away – save for the vocal melody and Chris Martin’s signature morose lyrics, this rendition retains nothing of the original. Kiah instead strips the song down only to build it back up in her own remarkable and ambitious way. While this soul-laden cover would have undoubtedly faltered in the hands of a less capable artist, Kiah does just fine, seamlessly putting aside any suspicions and guiding the tune in as-of-yet unheard of directions.

Brilliantly different and wonderfully refreshing – with the sheer variety of “Fix You” covers, it can be a daunting task to find one worth the listen. If it were up to me, I’d highly recommend starting off with this one.