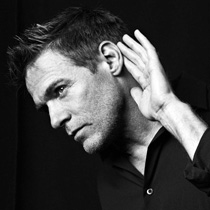 30. God Only Knows (Beach Boys cover)
Bryan Adams
God only knows how, but the hoarse voiced photojock really pulls it off, slowing down the song to a funereal pace, intoning over bare piano, with only a trace of strings and some George Harrisony slide. OK, arguably Brian Wilson’s meisterwork, it’s a song hard to destroy, but this lily he has gilded to the wall, and may surprise his many detractors, of which I am usually one. -Seuras Og 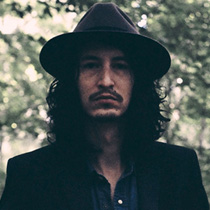 29. Go Your Own Way (Fleetwood Mac) cover)
Jacob Thomas Jr.
A male-female duet of Fleetwood Mac’s “Go Your Own Way” – why hasn’t anyone been doing this? For that matter, why hasn’t Fleetwood Mac been doing this on their tour this year? It certainly opens up the song to the hell-hath-no-fury back-and-forth that Rumours is so famous for, and the quieter acoustic setting adds to the intimacy, even as it allows you to hear each singer’s bitter hooks sinking into the other’s heart and starting to tear it. -Patrick Robbins 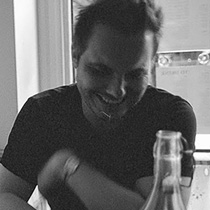 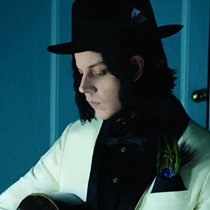 27. Parallel (Hello=Fire cover)
Jack White
Jack White borrows “Parallel” from Dead Weather/Ranconteurs cohort Dean Fertita, and the unusual arrangement shows the wide parameters of bluegrass fusion. White brings back his double x-chromosone bandmates (and the late Ikey Owens) from his pair of solo albums, and before long the song is snatched off the farm by aliens and hits light speed to other worlds. -Sean Balkwill 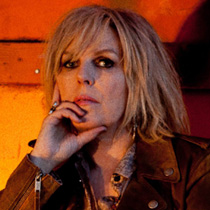 26. Magnolia (JJ Cale cover)
Lucinda Williams
Lucinda Williams is dazzling critics with her new album Down Where the Spirit Meets the Bone, and “Magnolia” is the crowning touch. Although Williams triples the length of J.J. Cale’s song, it rolls along like a perfect road trip where the traffic is light and the beauty rushes by. Legendary guitarists Bill Frisell and Greg Leisz keep the memories fresh after the song finally fades away. -Sean Balkwill 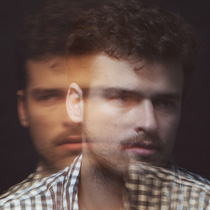 25. The Way The Whole Thing Ends (Gillian Welch cover)
Night Beds
After releasing the highly acclaimed Country Sleep a couple years ago, Winston Yellen aka Night Beds went quiet, deleting his Facebook and wiping his Twitter. He seems to be slowly re-emerging though, with a new single earlier this month likely previewing a second album (the Facebook’s back too). One thing he did during the down time though was a session in his home town of Denver, finally putting to tape the beautiful Gillian Welch cover he’d played a few times at early concerts. -Jake Callaway 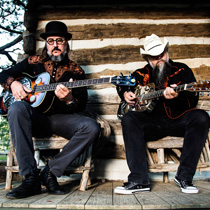 24. Stayin’ Alive (Bee Gees cover)
Les Claypool’s Duo De Twang
“That’s one of those songs you’ve heard your entire life,” said Les Claypool about “Stayin’ Alive,” but you’ve never heard it like this. Pared down and twangified, fueled by Coors instead of cocaine, the Saturday Night Fever staple is loose-limbed, lithe and limber, out for good dirty fun. And speaking of fun, if you don’t smile at the way Claypool replaces the falsetto “ah, ah, ah, ah,” either you have a lousy sense of humor, or…well, that just has to be it. -Patrick Robbins 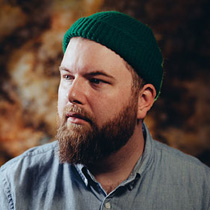 23. Peace Like a River (Paul Simon cover)
Kevin Lee Florence
Benmont Tench may have put out his first solo album this year, but hands down the winner of organ-solo-of-the-year goes to the one on this song. Which shouldn’t be a surprise – I just looked up who played it to properly credit them, and turns out it was none other than the great Garth Hudson himself. Paul Simon should be kicking himself for not having Garth on the original. -Ray Padgett 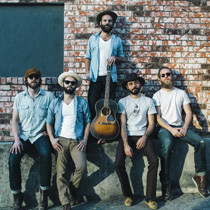 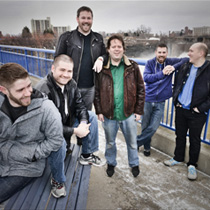 21. Games Without Frontiers (Peter Gabriel cover)
Mrs. Skannotto
Peter Gabriel has drawn on many disparate musics during his career, from Pakistani to Tibetan. One genre he hasn’t dipped into though – perhaps for the best – is ska. Rochester sextet Mrs. Skannotto remedy that, bringing horns and a backbeat to one of his early solo hits. It opens up a world of other possibilities. “Skanksbury Hill”? “In Your Ties”? -Ray Padgett