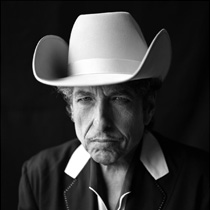 40. Things We Said Today (The Beatles cover)
Bob Dylan
Fifty years after it was originally recorded for A Hard Day’s Night, Bob Dylan covered “Things We Said Today” for a tribute album to one of his few equals in musical longevity and relevance, Paul McCartney. Anything Dylan records these days is going to be gruff and raspy, but he still infuses the song with a tender and wise world-weariness that The Beatles, as young men, were not able to bring to the original. -Chet Thomas 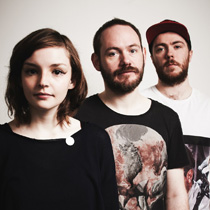 39. Do I Wanna Know (Arctic Monkeys cover)
CHVRCHES
Chvrches did a lot of covers this year, but the best is their take on this slinky Arctic Monkeys cut. Seeing as the Monkeys are one of the few big bands out there keeping the guitar riff alive, it might seem like a bad idea to trade the riff in for bouncy synths, but they make it work. The result is a sadder, more desperate take on the song, anchored by singer Lauren Mayberry’s voice, which pulls the longing out of the song’s “crawling back to you” lyrics. -Alex Sobel 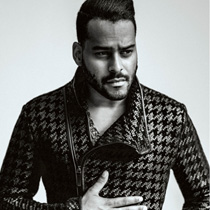 38. There Is a Light That Never Goes Out (The Smiths cover)
Twin Shadow
Twin Shadow makes it on the Cover Me end of the year list for the second year in a row. As George Lewis, Jr. did last year, it was by taking a brooding rock song and turning it into a brooding synth-pop song. But if it ain’t broke, don’t fix it. The dreamy track is heightened by Samantha Urbani’s accompanying vocals and throwback drums. -Mike Misch 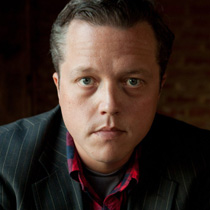 37. Born In the U.S.A. (Bruce Springsteen cover)
Jason Isbell and Amanda Shires
If Bruce Springsteen had released a version of “Born in the U.S.A.” back in 1984 that sounded like the one recorded by husband and wife Jason Isbell and Amanda Shires for the Dead Man’s Town: A Tribute to Springsteen’s Born in the U.S.A. collection, Ronald Reagan and his advisors would never have misinterpreted it as a patriotic anthem. Featuring Shires’ mournful violin and Isbell’s contemplative vocals, the cover is musically more faithful to Springsteen’s dark vision than the original (and is not unlike the demo version Springsteen originally recorded for the bleak Nebraska album, or his later live and acoustic versions that recast the song more as a dirge than a celebration). -Jordan Becker 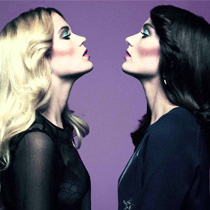 36. Instant Crush (Daft Punk cover)
Say Lou Lou
Say Lou Lou hasn’t even released their debut album, and yet here they are on our best covers list. The twin sisters teamed up with nu-disco producer Lindstrørm for a bubbly cover of Daft Punk’s “Instant Crush.” The rework switches out synth for atmospheric guitar and drums and layered angelic vocals from Elektra and Miranda Kilbey-Jansson. We can only hope that this dreamy cover is indicative of what that debut will bring in early 2015. -Maggie Clancy 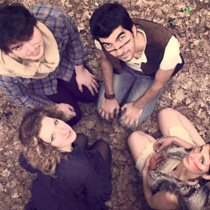 35. Survivor (Destiny’s Child cover)
Nazca
The fact that a ukulele is the primary instrument in this version of Destiny’s Child’s massive hit doesn’t diminish its power. When Nazca’s vocalists harmonize on the chorus it doesn’t matter that the song is decidedly low-key; it still feels like a call to action. The group from France changes the sound of the song completely but the message stays the same. -Mike Misch 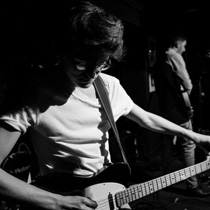 34. My Number (Foals cover)
Henry Green
One of the best singles of 2013 gets a very chilled, lo-fi makeover courtesy of Henry Green. Some fragile guitar work here as well as some very nice but subtle finger-clicking. Very much one for the end of a long night just before bed. Sparse and quiet, compared to the original’s indie-funk, it was great to hear what is now deemed an indie classic (amongst some people anyway) being given a reinvention. -Stephen Gwilliams 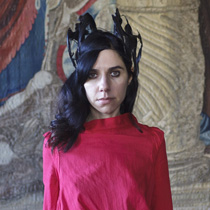 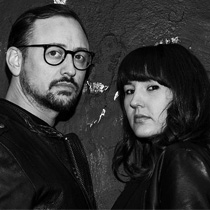 32. You Can Call Me Al (Paul Simon cover)
The Honey Ants
A saxophone-totin’ Chevy Chase isn’t welcome in as many places as he used to be. Add the Honey Ants’ cover of Paul Simon’s “You Can Call Me Al” to that list. All the London alt-folk duo need are an acoustic, a piano, and two voices born to entwine and uplift, turning the song into a long-lost pal who’s finally been found. -Patrick Robbins 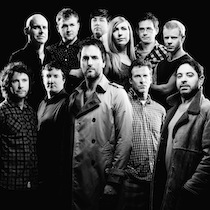 31. I Want To See the Bright Lights Tonight (Richard and Linda Thompson cover)
Bellowhead
The English band Bellowhead don’t do many covers, but their fifth album Revival contains a corker of one. Where Richard & Linda Thompson’s “I Want to See the Bright Lights Tonight” makes implacable progress toward the weekend, Bellowhead pick up their feet (all twenty-two of ’em) and give the song a real lift. Even listeners who don’t speak English would recognize the feeling of celebration here – and, likely as not, give in to it themselves. -Patrick Robbins