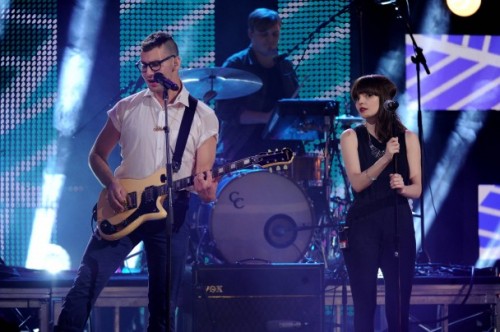 If you have taken the time to listen to CHVRCHES album The Bones of What You Believe or the band’s contribution to the upcoming Hunger Games soundtrack, you know that the Scottish band excels in the realm of synth pop. For VH1’s You Oughta Know concert, front woman Lauren Mayberry teamed up with Bleachers to cover the timeless Fleetwood Mac single, “Go Your Own Way,” proving that at the very core, pop is her strength.

While Mayberry is no Lindsey Buckingham, her sweet and yipping vocals are somewhat endearing in this setting. Bleachers brought their tradition fun. (pun intended) energy to the cover as well, making for an all around enjoyable cover of a classic.

The Polyphonic Spree Cover ABBA and More on Surprise Album