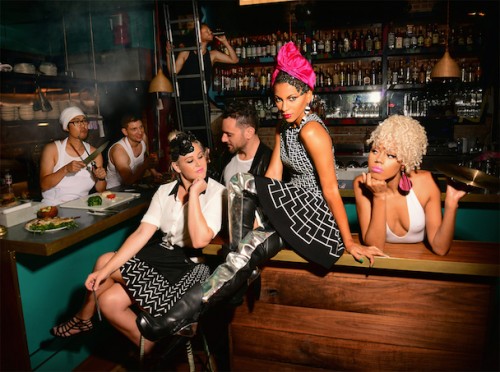 Annie Clark, better known by her stage persona St. Vincent, has delved into a more glitch-infused music as of late. Prior to her latest eponymous release, she had singles such as “Actor Out Of Work,” that dealt with more of a shredding guitar than anything dance-oriented. Leave it up to New York disco outfit Escort to take this song to dazzling, contemporary dance heights.

The group trades in Clark’s electric guitar for a mix of New Wave synth and and early 90s house worthy vocals from singer Adeline Michèle. Serving as a B-side to their just released track with MNDR “If You Say So,” the cover is easily one of the best tracks to come from the seventeen-member outfit Escort.

Check out more from Escort on the band’s official website.