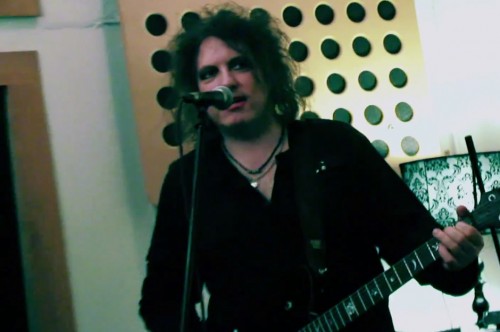 It’s been a while since we’ve heard from The Cure, but Paul McCartney, in a manner of speaking, has brought them back together. An upcoming Sir Paul mega-tribute (42 tracks!) album includes The Cure’s version of “Hello, Goodbye.” Bob Dylan, Brian Wilson, Roger Daltrey, Smokey Robinson and many more have contributed to the record, which is set for a November 18, 2014, release.

Robert Smith leads this version of “Hello, Goodbye,” which stays quite true to the Beatles’ original in tone and spirit. Mac’s son, James, takes over keyboard duties and helps with backing vocals. Simon Gallup closely follows many of McCartney’s bass lines, reminding us how melodic and original they were. It’s a fun bit of nostalgia and an effective teaser for a big bundle of upcoming covers.

Keep up with The Cure at their official website.