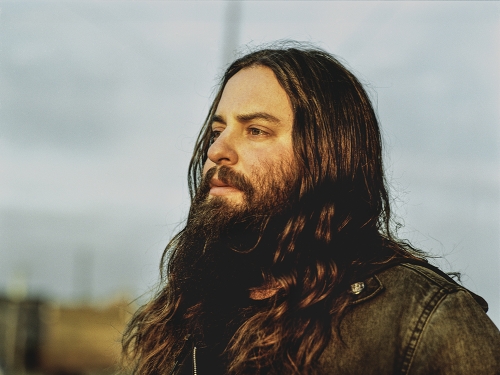 The majority of us would probably take it easy after having stared death in the face, but not Tim Showalter, brainchild behind the folk-synth-rock project Strand of Oaks.

A harrowing car accident on Christmas Day of last year left the gentle Indianian with a concussion and multiple broken ribs, but also left him with the courage to tackle his demons face-on – an action that led to the release of his intensely personal album HEAL this June, which he began just days after the crash.

Now, Strand of Oaks shares another intimate tune – this one, a cover of the National’s “Pink Rabbits.”As Showalter puts it:

“The most important song for me in recent memory. A lot of music is great but not important. Listening to “Pink Rabbits” became mandatory for me. I would associate this song with my lost month or months last fall. I unfortunately discovered that drinking potato vodka alone with the only the National to keep you company can be dangerous. I would find myself talking with angels and other crazy shit when this song was on repeat. Then I realized I don’t have to get fucked up to love this record. This song saved me and destroyed me simultaneously.” (via Magnet Magazine)