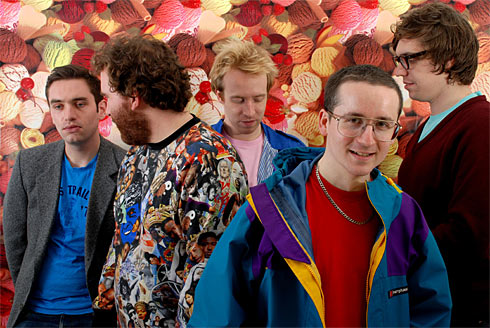 Arthur Russell is one of those artists I keep promising myself I’ll make some time to listen to. I’ve heard and read lots of good things about him. But the only familiarity with his music I have is through covers of his songs. Joel Gibb’s version of ‘That’s Us/Wild Combination’ off the tribute EP ‘Four Songs By Arthur Russell’ is an absolute stunner of a song.

With this is mind, I’m looking forward to a new album of versions of Russell’s (and his many projects) songs, Master Mix: Red Hot + Arthur Russell. The album boasts an impressive line-up including Arcade Fire’s Richard Reed Parry, Blood Orange, Jose Gonzalez, Sufjan Stevens, Scissor Sisters and Devendra Banhart, all of whom have a great pedigree of excellent covers in the past.

Another band who know their way round a cover and who feature on the album (twice if you include their frontman’s solo track) are Hot Chip. They have gone for a frantic 11-minute version of ‘Go Bang’ by Arthur’s Dinosaur L project. The guitar on the track contains some funky disco licks and sounds right up Hot Chip’s street. As with other covers they have performed, they make it their own.

Check the track out below with the album to follow in October. The album will be getting released in partnership with Red Hot, a not-for-profit organization dedicated to fighting AIDS through popular culture.