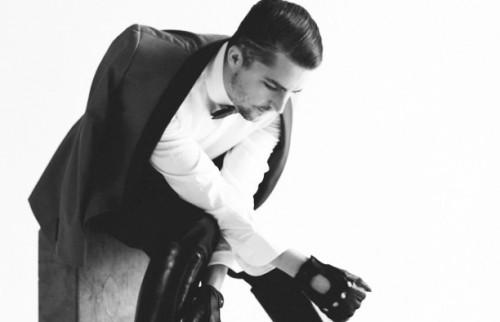 Pat Benatar‘s “Love is a Battlefield” is indelibly linked to the ’80s, both because anyone who grew up in that era couldn’t escape its broad reach and because of the decade’s stereotypical flourishes found throughout the song: synths, reverb, and melodrama. Despite the fact that it hasn’t aged particularly well, Benatar’s powerful and emotive voice is enough to make it worth keeping on your iPod, even if you only listen sparingly. It’s the sound of young love and desperation. Although the new version by Wrongchilde is very different in sound, that essence of desperation remains.

Wrongchilde is the brainchild of Mat Devine, frontman of alt-rock group Kill Hannah. On this song, Devine enlists the help of Morgan Kibby, formerly of M83 and currently in the band White Seas. Kibby’s beautifully soft voice bolsters Devine’s barely-more-than-talking vocals over churning, atmospheric noise. The cover reveals that Benatar’s words, while slightly over the top, stand the test of time and that the power in the song is undiminished. The Wrongchilde version is more powerful if you don’t watch the goofy video that accompanies it, but then again, it’s good when a band doesn’t take themselves too seriously. Watch it below.

Check out more from Wrongchilde at their Facebook page.

One Response to “Wrongchilde Get Moody on Pat Benatar Classic”