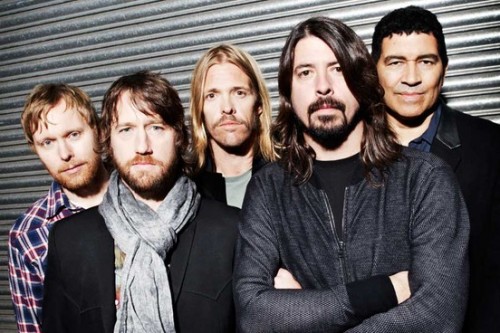 Holy Shits! I’ll hope you’ll pardon my French y’all, for this was just the name the Foo Fighters recently gave themselves when returning to the stage after a recent gig in Delaware. For their encore performance they thought they would do something different and perform as a bar band (and introduced themselves under the aforementioned name) bashing out some rock classics.

After telling the crowd what they were in for they started proceedings by playing Alice Cooper’s ‘School’s Out’:

They then launching into the Rolling Stones classic ‘Miss You’, with a funky solo on the keys at 2.20:

The band finished this possibly one-off performance (let’s hope not though!) with an excellent take on the Queen and David Bowie duet ‘Under Pressure’:

With some excellent choices of covers in the past by the Foo’s such as ‘Baker Street’ and ‘Darling Nikki’ let’s hope this isn’t the last we hear of The Holy Shits.