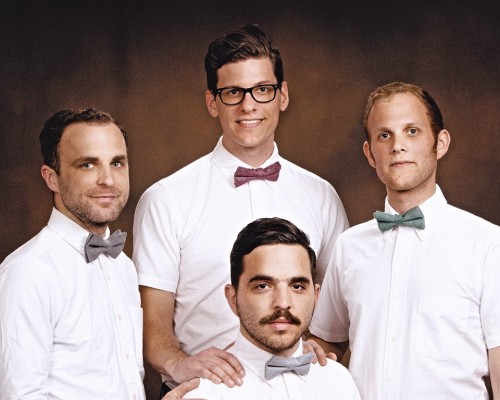 The only other band that immediately come to mind when I was thinking of covers of this Buddy Holly original was by some small one-hit wonder band from Liverpool called The Beatles (apologies if you haven’t heard of them, I don’t think they broke out of the local scene). So, not much to live up to then.

Brooklyn art-rockers Conveyor, who have been described as post-rock with afropop-influences seem to be trying their damnedest to not be pigeonholed with their latest music project being a live film score for George Lucas’s cult classic ‘THX 1138′. So with their epic film score due to be released they have pulled a complete left-turn and preceded it with this lovely version of Buddy Holly’s plaintive ballad. The pace of the song sounds like it would fit perfect on a compilation for a chilled out Sunday.

It’s currently available to download for free via soundcloud so grab it, burn it and get yo’ chill on.