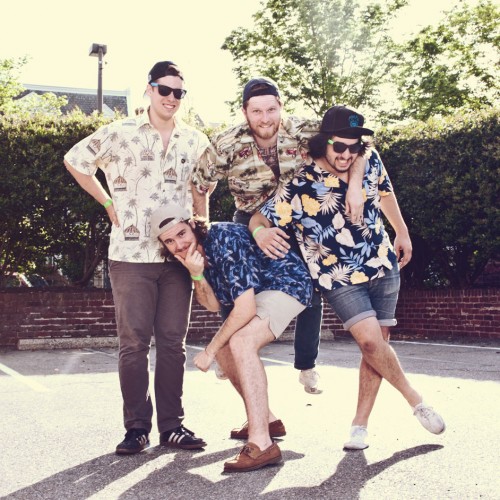 It is without question that Weezer‘s guitar-pop jam “Surf Wax America” is one of the stand-outs on the band’s eponymous Blue Album. The emo revivalists of You Blew It! know this and as a teaser to their upcoming Weezer cover EP, released this true-to-form cover. Band member Tanner Jones described why they chose this song to Stereogum:

We didn’t want to do singles from the record, and luckily “Surf Wax” is one of those cuts that could have held its own as one, but seemed untouched enough to allow a fresh perspective on it. Not that we or any other band could, but we really didn’t want to try and out-do Weezer. Our goal was to add our touch to Blue, but first and foremost, we wanted pay tribute to the songs themselves in the most respectful way possible. “Surf Wax” is a great example of that I think.

You Blew It! plays it pretty close to the original, adding their own spin on it via slightly warped guitar peddles and a spacy outro. Listen to the cover below, and be sure to pick up the cover EP – appropriately titled You Blue It — On July 15th via Topshelf Records.

Check out more from You Blew It! on their website.