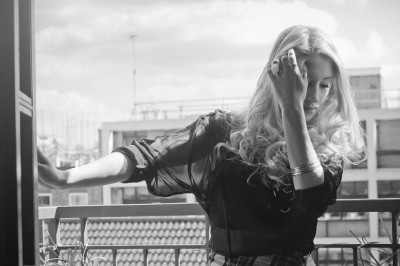 I’ve got to admit I came to this one quite cynical but as most cover junkies will admit cover versions are always so intriguing as we get to see how an artist has put their own spin on a song. This is one of my favourite Kanye songs, the production on it possibly his best work so I was intrigued to see how a Welsh singer-songwriter with a dream-pop and James Blake-esque sound could do it justice.

For a start, Violet Skies (working with Ben Freeze on this cover) puts her own spin on the verses while retaining the main structure of the song. Where Kanye’s original flitted between his braggadacio and massaging his massive ego, race issues and self-loathing Violet’s verses seems to be lamenting the power differences and inequality  in society.

I particularly dug the way Violet sang the ‘Continent Number 6’ opening refrain (as sampled in the original) which works excellently and re-appears as in the Kanye version during the choruses. My only gripe is the song is over all too soon. It omits the ‘beautiful death’ part of the original which I think worked well for this version as it would have sounded out of place and forced.

So I give this a thumbs up, it was definitely a grower, and one that’ll be getting a few more spins from me.