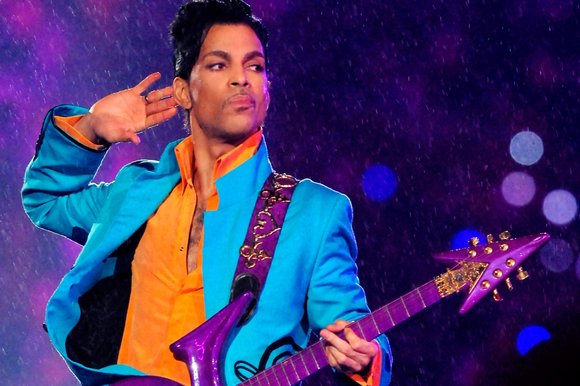 Dearly beloved, we are gathered here today to celebrate this thing called life.

Electric word, life. It means a mighty long time but in this case, we’re talking about 56 years and one man – Prince Rogers Nelson. You probably know him as Prince, The Artist Formerly Known as Prince, an unpronounceable symbol, The Purple One, Joey Coco or (in certain circles) That Skinny Motherfucker with the High Voice.

The purple pride of Paisley Park was born on June 7, 1958 to musical parents. At the age of seven, he wrote his first song (“Funk Machine”); ten years later, Prince signed his first recording contract with Warner Brothers Music and released For You, which he not only wrote, arranged, and produced, but also played all 27 instruments featured on the album.

Released a year later in 1979, Prince’s titular second album was certified platinum and featured his first single, “I Want To Be Your Lover.” This feat was to be eclipsed three years later with the release of 1999 – a monster double album which went four times platinum, became the best selling album of the year featured the eponymous title track as well as the classic “Little Red Corvette.”

A musically dense and lush triumph of diversity, Purple Rain is a rich mélange of pop, funk, R&B, dance and even psychedelic rock. The album opens with a eulogy to “this thing called life,” quickly morphs into a joyous synth-heavy noise unto the Lord; from there, all bets are off as Prince covers topics from insecurity, abandonment, and Messianic sacrifice to grinding sex fields and Judgment Day.

In the years following the release of Purple Rain, Prince worked. He recorded several hit singles (“Raspberry Beret,” “Kiss,” “Batdance”), he wrote hit singles for other bands (e.g. the Bangles’ “Manic Monday”), he directed and starred in Under The Cherry Moon and released the concert film Sign O’ The Times and toured all over the world.

In 1991, he made some extensive changes. Instead of The Revolution, he was now backed by the New Generation Band; two years later, he changed his name to the Love Symbol – an unpronounceable combination of the male and female symbols – and started going by The Artist Formerly Known As Prince or more simply, The Artist. Defying Warner Brothers’ wishes, he began releasing albums in rapid succession and sued the label, accusing them of under-marketing his work and limiting his artistic freedom. For the duration of the lawsuit, appeared in public with the word ‘slave’ scrawled on his cheek. In 1996, his contractual obligations to Warner Brothers ended; to celebrate. The Artist released Emancipation, a triple-disc concept album which went platinum.

Four years later, The Artist Formerly Known As Prince relinquished his unpronounceable glyph and resumed life using his birth name. Despite having been on the music scene for over two decades. Prince proved to be an extant force in contemporary culture – he was inducted in the Rock ‘N Roll Hall of Fame, he performed with Beyonce, he took a wry swipe at Justin Timberlake by stating, “For whoever is claiming that they are bringing sexy back, sexy never left!” and performing in the pouring rain at the Superbowl XLI Halftime Show.

This performance featured classics such as “Let’s Go Crazy,” “Baby I’m A Star,” and “Purple Rain,” as well as covers of Queen’s “We Will Rock You,” Bob Dylan’s “All Along The Watchtower,” Creedence Clearwater Revival’s “Proud Mary,” and the Foo Fighters’ “Best of You” (an in-kind gift of sorts for the Foo’s snarling cover of “Darling Nikki”). Billboard magazine ranked it as the greatest Superbowl Halftime performance of all time, and I personally lost a friendship to a charlatan who didn’t agree with this assessment.

Over thirty-five years after the release of his debut album, Prince continues to capture the cultural zeitgeist. He recently joined Twitter, appeared on the Fox sitcom New Girl (much to the shrieking delight of Zooey Deschanel and Jake Johnson as well as a legion of fans), and released a couple of singles. The first, “Breakfast Can Wait,” garnering considerable attention for its album cover – an image of Dave Chappelle as Prince, complete with purple ruffles, a puffed out perm, and yes, pancakes.

To be a pop star is to be a supernova. All incandescent light, intense heat and a stellar explosion which leaves nothing but dust in its wake. Pop stars have a short shelf life and are quickly forgotten (Quick! Who sang “Here Come The Hotstepper”?), but Prince is no mere pop star. He is the sun. The father who begat the generation of stars currently setting the firmament ablaze. He is the holy spirit, sanctifying all of us sinners with synth and shimmer.

Not only does Prince possess an indefatigable work ethic, but he’s a phenomenally talented musician. And the man makes it look effortless. He woke up like this – flawless.

Thank U 4 a funky time. We’ll call you up whenever we wanna grind.

Prince is the man who boasts of having 23 positions in a one-night stand. If anyone can make you come… running, it’s him. So to hear Prince say, “Baby, don’t waste your time/I know what’s on your mind/U wouldn’t be satisfied with a one-night stand/And I could never take the place of your man,” is jarring at best. But that’s also why The Eels’ cover works so well. They strip down this lachrymose lament of lost love to six strings and plaintively rasp out the sad and lonely truth.

Alicia Keys – How Come U Don’t Call Me? (Prince cover)

Another tale of lost love, but Miss Keys mopes for no man. Instead, her voice soars and swoops as she laments the loss of a relationship while tickling and pounding the ivories. Keeping elements of Prince’s bluesy original, Keys tweaks this track to make it her own – a little more hip-hop, a little more female-oriented, and a lot more fun to sing along with (apologies to my neighbors).

San Francisco jam band Tea Leaf Green’s opening of “Let’s Go Crazy” is a truly inspired oratory that wouldn’t sound out of place in a Southern Baptist church. And although this version is a little lighter on the funk than the original, the squealing guitar solo tucked in at the very end make this a damn fine effort.

A jazz-funk quintet with Indian influences, Garaj Mahal’s cover of this classic Prince single strips away all of the song’s sexually-charged falsettos and replaces it with a goofball rendition of rapid-fire guitar noodling and ivory tinkling. It sounds more like an outtake from a forgotten Benny Hill skit than a Prince cover, but I get the feeling that if you heard it in a bar after a couple, it would sound pretty damn good.

Best known for its elevated placement in Baz Luhrmann’s hyper-kinetic take on Romeo and Juliet, this cover sung by choir boy Quindon Tarver goes heavy on gospel without easing up on the funk. The song keeps the original synth-pop beats and infuses them with Tarver’s soaring, pristine vocals to produce a track that sounds a hell of a lot like a remix that the Purple One himself would have produced.

3 Responses to “They Say It’s Your Birthday: Prince”