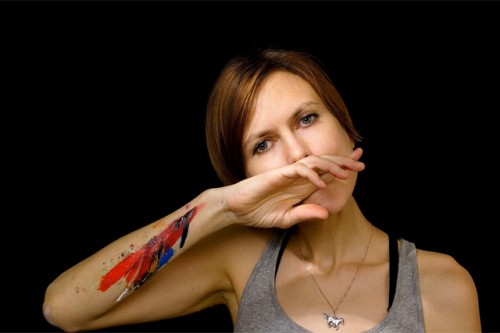 Wes Anderson fans, rejoice! The director, known for his twee composition and killer soundtracks, is being recognized by American Laundromat Records in the form of song. I Saved Latin! A Tribute to Wes Anderson, is a 23-track, 2-disc compilation set full of covers of songs that appear on Anderson’s quirk-filled films. The album, which is being released today, features covers by Telekinesis, Margot & the Nuclear So & Sos, and this cover of Elliott Smith‘s “Needle in the Hay,” by Juliana Hatfield.

The song originally appears in Anderson’s 2001 film The Royal Tenenbaums during one of the film’s most memorable and darkest scenes. While Hatfield brings some levity to the track, she still manages to capture the gut-wrenching essence that made the track so powerful in the film. (via Paste)

Check out more from Juliana Hatfield on her official website.