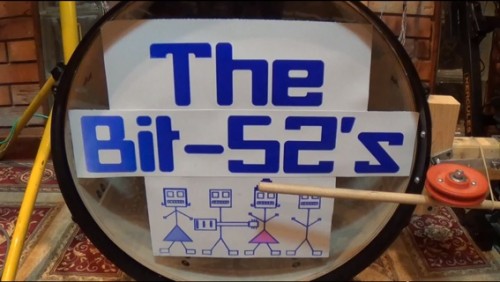 Remember when that robot band covered “Rock Lobster?” They’re back, and they’re living in their own private Idaho.

James Cochrane of Toronto, Canada has rigged up various tech parts to play The B-52s’ “Private Idaho.” This gathering of printers and microcontrollers is aptly named The Bit-52’s, you know, because they’re robots. You might recognize the vocals, courtesy of a DECTalk Express – the same machine that Stephen Hawking uses. The video is part of a Kickstarter for “Art Rocks Athens: How Art Made Music in Georgia From 1975-85.” Now only if these robot parts had a couple of beehive wigs…