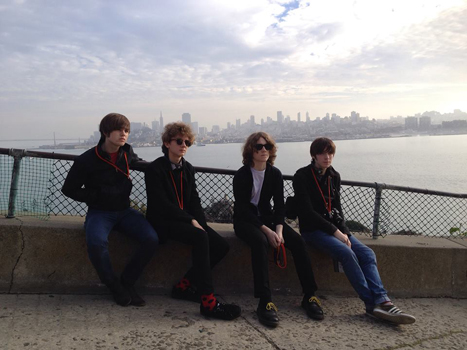 Fifty years after The Beatles led the British Invasion, taking over American radios, TVs and the minds of our teenagers, we still cannot defend ourselves from catchy, concise, three-chord rock and roll songs arriving from foreign shores. Armed with the right combination of image, talent and charisma, The Strypes, hailing from Ireland, are currently touring the States in support of their new EP, Blue Collar Jane, which includes a cover of Nick Lowe’s “Heart of the City.”

Nick Lowe learned his craft in the ‘60s. Working with Rockpile and as a producer for early Elvis Costello albums, he played a crucial role in bringing New Wave British rock to America in the ‘70s and ‘80s. Originally released in 1976, “Heart of the City,” was a perfect two minute pop song, grounded in the ‘60s with just enough of a ‘70s sound to be current.

The Strypes have clearly learned from their predecessors. Their “Heart of the City” is not far removed from the original, but is updated with a little more distortion and sense of abandon. The Strypes are showing where they came from even as they forge their own identity.