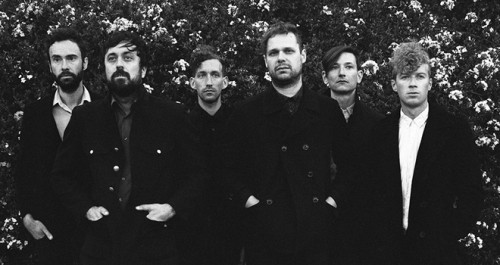 “Suzanne” has been covered many, many times since Judy Collins released her version of Leonard Cohen’s song in 1966. (For a couple of examples, go here and here.) What’s interesting about the recent cover by NO is it sounds like the way Leonard Cohen might record the song today if he was approaching “Suzanne” for the first time.

Bradley Hanan Carter’s baritone vocals can justifiably be compared to a young Leonard Cohen. The instrumentation is not unlike latter day Cohen – more electric, less acoustic – but still supportive and complementary to the narrative. The poetry of the lyrics remain the primary focus. The dynamics of the track build slowly, but more dramatically and to a higher peak than in the original recording. Laura Burhenn from the Mynabirds adds vocals that seems to reference the female background singers from Cohen’s “Suzanne.” Listen to NO’s version of “Suzanne” below.

It’s difficult to Google, but you can find NO’s website here.

One Response to “NO Says Yes to Leonard Cohen’s “Suzanne””