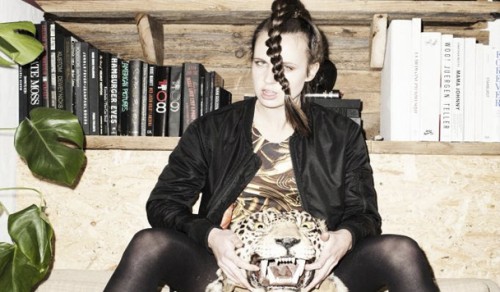 Karen Marie Ørsted, better known as Mø, is a Danish singer that caught the attention of the music blogosphere with her debut single and video for her song “Glass.” She has since been working on her debut album, No Mythologies To Follow, which will be released Stateside on February 24th.

Although we still have to wait a couple weeks for her full-length album, we do get to hear her electro-pop rendition of the Spice Girls “Say You’ll Be There.” The 25-year-old singer spoke to Billboard, saying that the Spice Girls were the first album she bought and that she felt like “They were talking to my soul.” This cover speaks to ours. Bringing back the girl power that made the British pop group so wildly popular in the first place, Mø takes the concept of girl power to an understated but honest place.

Check out more from the Danish singer-songwriter on her official website.