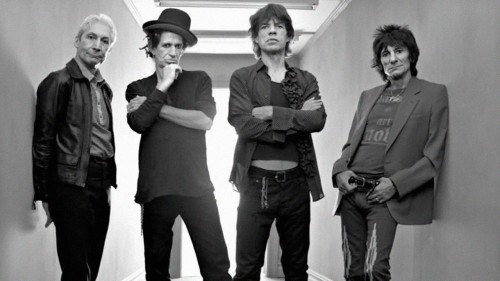 Over 40 years after its initial release, the Rolling Stones song “Wild Horses” still thunders across the forefront of popular culture. Its appeal lies as much in its lyrical ambiguity as in the music itself. Is it about Keith’s contrition for leaving his newborn son at home for yet another tour? Is it about Marianne Faithfull? Maybe it’s about some other graceless lady, a nameless muse immortalized between the bars of Mick Taylor’s Nashville-tuned guitars. Whatever the case, “Wild Horses” endures – not just for its beauty, but because it enables listeners to imbue it with their own experiences, however bitter or sweet. It’ll go on living long after we die, and nothing could drag it away.

I wish I could say that my introduction to “Wild Horses” was romantic. After all, it’s a romantic song – a lachrymose lament on lost love, all dulcet acoustic guitar, wistful imagery, and grandiose promises. Unfortunately, I (and pretty much everyone else my age) was introduced to this country-tinged ballad via Fear – a mediocre bit of late ’90s fluff starring Mark Wahlberg as the prosaic bad boy every father fears, and Reese Witherspoon as the virginal daddy’s girl.

Their first date is straight out of a Rockwell painting. Cute blonde cheerleader type and square-jawed jock ride a roller coaster at the fair … and then, Wahlberg’s sticky fingers ascend Witherspoon’s American thighs as both ride their way to Pleasure Island. Most 14-year-olds would have been agog at these goings-on; me, I was transfixed by the music playing behind them. What IS that?

“That” turned out to be the Sundays. Their gauzy cover of “Wild Horses” lifted the veil on a classic rock ballad and sent me searching for both the original and as many covers as I could get my hands on.

I now have on my computer the Stones’ original version of “Wild Horses,” from 1971’s Sticky Fingers LP, and eighteen different covers, up to and including a performance by the University of Pennsylvania’s a capella group.

The original is great, but as far as covers go?

The Sundays cover is good.

The Flying Burrito Brothers cover is the best.

Guns ‘N Roses ride “Wild Horses” hard and put it away wet in a much bluesier cover. G’n’R live were known for their raucous antics, but here the boys seem damn near subdued. Izzy and Slash trade licks as if murmuring assurances to one another, and Axl eschews all lyrics until the very end when he simply and sweetly sings the chorus.

The Flying Burrito Brothers brought the song on home. Though Glimmer Twins Mick and Keef wrote “Wild Horses,” FBB’s lead singer Gram Parsons was the one who inspired its country-inflected twang. He convinced the Stones to let his band release the song on their own album, Burrito Deluxe, a full year before it was released on Sticky Fingers; not only did the Stones agree to this, they also claim it to be better than their own version. ​If the Sundays cover is a promise and the Guns ‘N Roses version is an assurance, then this molasses-slow and bourbon-sweet cover is the melancholy infinite sadness of heartache.

If your local classic rock station isn’t playing “Wild Horses” right this moment, you can always find it on iTunes and Amazon.