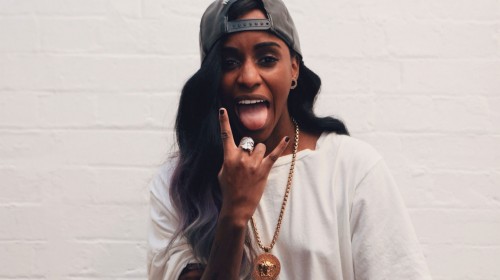 Beyonce has been a non-stop machine ever since the release of her surprise visual album back in December. At the Grammys, she performed “Drunk in Love” with husband Jay-Z and pretty much everyone lost it. Angel Haze, who we have seen show off her vocal range with covers of Miley Cyrus’s “Wrecking Ball,” steps up her MC game with this cover of the infectious hit.

Angel Haze manages to hit a majority of Beyonce’s higher-than-high notes and employs an amazing back up singer for the moments she can’t or chooses to freestyle instead. In lieu of Jay-Z’s controversial verse, Angel Haze whips out her own and absolutely kills it.

Check out more Angel Haze on the MC’s official website.