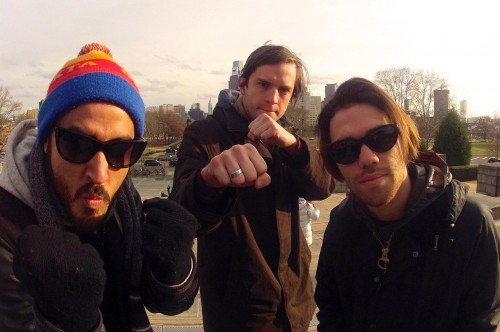 Australian psych-rock band Jagwar has been going full speed since their 2013 debut, Howlin’. After some extensive touring, the band returned home and took a pit stop at the Triple J Radio show for the first Like A Version of 2014, taking on Arctic Monkeys “Why’d You Only Call Me When You’re High?”

The trio saturates the indie rock single with groovy-psych vibes and even meanders into another cover with some riffs from the early 90s Ace of Base single, “All That She Wants,” towards the end. Complete with mismatched floral shorts and plaid flannels worn by the band members, this cover is like, totally chill and cool, man.

Listen to more Jagwar Ma on the band’s official website.