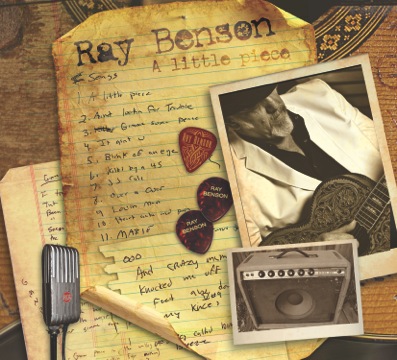 In the world of alt-country, Asleep at the Wheel frontman Ray Benson has more cover song credibility than most. In their four decade career, the nine-time Grammy winners have recorded not one but two Bob Wills tribute albums with guests like Willie Nelson and the Dixie Chicks, which were so successful that they turned into a touring musical (which Ray starred in). He’s covered W.C. Handy with Willie Nelson and Red Foley with Brad Paisley. And on his new solo album A Little Piece, out next week, he takes on Randy Newman‘s “Marie”.

A far cry from the swingin’ honkytonk he is best known for in his day job, “Marie” finds Benson stripping down to just guitar and voice. In the process he delivers some of the most delicate, heartbroken singing of his career. Listen exclusively below.