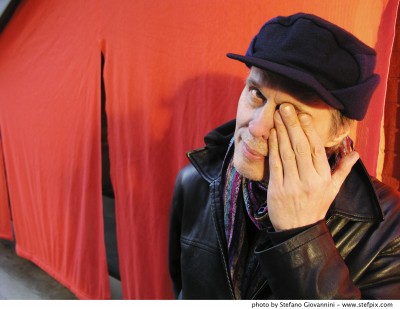 Television has reunited intermittently over the years, releasing an album of new material in 1992 and irregularly touring during the aughts – most recently, anointing the new Rough Trade store in Brooklyn with a performance (sans Lloyd, who quit years ago). For three decades, covering Television songs has been a right of passage for a certain stock of rockers, which should shock no one considering the awe in which many guitarists hold Verlaine and Lloyd’s fretwork. Here are five covers for the man who fell into the arms of Venus de Milo.

Beginning in 1988, R.E.M. sent limited release vinyl singles to their fan club every Christmas, which may soon be released as a box set. The very first single in the series featured their cover of Marquee Moon’s lead off track as the B side. Led by Peter Buck’s guitar, the band turns in faithful, exuberant rendition that makes clear the debt they owe to Verlaine and Co.

Television’s debut album is a “mash note” to guitars, in the words of Pitchfork’s Chris Dahlen, and no song proves it more than the sprawling title track. The lack of guitars in the Kronos Quartet’s stab at this opus, however, is what makes it interesting, by emphasizing lushness over tension. Thankfully, the Quartet opts to cut the song’s length in half, acknowledging that something is lost when the guitars are removed.

Initially a solid, straightforward reading of Adventure’s opening song, these Mississippi power-poppers eventually stamp their mark on this track with the addition of instrumentation foreign to the Verlaine-penned original. Preceding the repetition of the song’s “stumbling in the rain” verse, the Windbreakers toss a brief fiddle-driven bridge that lingers low in the mix through the close of the song. It’s just enough to turn a good cover into a standout.

Perhaps the only song on this list where the cover is better known than the original. David Bowie is said to have recorded this song from Verlaine’s solo debut at the suggestion of Carlos Alomar, who Wikipedia says played on more Bowie albums than anyone else. With Bowie’s futuristic textures versus Verlaine’s ringing guitars, it’s hard to say who does it better.

Released on their career-culminating compilation Pop Has Freed Us, Papas Fritas opt for starkness in their reading of Verlaine’s original. The bass beats while the guitar scratches and Tony Goddess gruffly sings. A fun reminder that bands can turn to more than Television for some Verlaine-inspired inspiration.

4 Responses to “They Say It’s Your Birthday: Tom Verlaine”