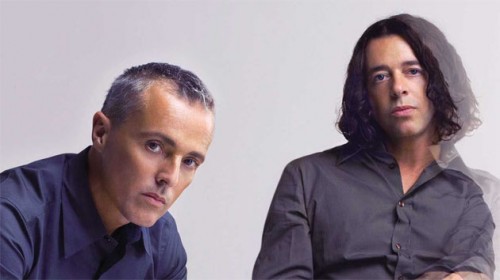 The music blogosphere has erupted in Tears for Fears-related news, most notably with Lorde’s cover of “Everybody Wants to Rule the World,” for the latest installment in the Hunger Games trilogy. Unfortunately, one bit of news about the New Wavers seemed to be eclipsed by the excitement (and sometimes outrage) over Lorde’s rendition of their iconic song. In preparation for the reissue of their 1983 debut album The Hurting and their first new album in over a decade, the band has released a fantastic cover of Hot Chip‘s “Boy From School.”

Lead songwriter Roland Orzabal stated that this cover (along with their take on Arcade Fire’s “Ready to Start” earlier this year) was a good way to get the band back into recording mode. We think they should get into “recording mode” more often and record a ton of covers as theatrical and synth-infused as this.

Check out more from Tears for Fears – and Lorde’s cover of “Everybody Wants To Rule The World” – on the band’s official website.

One Response to “Tears For Fears Keeps It Fresh with Hot Chip’s “Boy From School.””