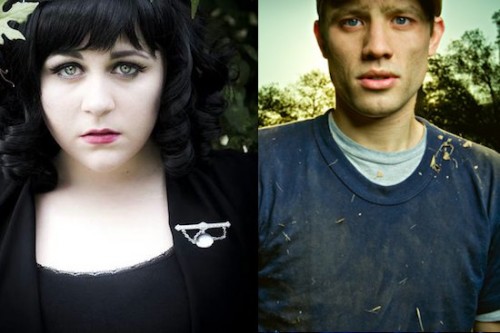 There are two distinct elements to the Twin Peaks theme song, elements that are difficult for any artist to balance and for any listener to approach. There’s the theme song as a theme song, as Angelo Badalamenti’s mellow, dreamlike instrumentals that play over shots of Northwestern industrialism and waterfalls as the opening credits roll. Alternately, there’s “Falling” – it’s the same song, but it becomes entirely different when Julee Cruise‘s vocals and David Lynch‘s lyrics are introduced. Understandably, most (if not all) covers of the song opt for the latter. And yet, the listener is still somehow presented with the two different versions. Sometimes, like with last year’s Field Mouse cover, we get covers that are evocative of the opening – covers where the vocals are as ethereal as the instrumentals and the whole thing flows together as one ambient whole.

Other times, however, we get  tracks like this latest cover from Gavin Castleton and Lex Land. Rather than serving as beautifully weird background music, Land’s vocals come front and center, and Castleton’s instrumentals have the syrupy feel of the original but with added electro percussion and a faster pace. This song isn’t a compromise, wanting to cover the Twin Peaks song and feeling obligated to go with “Falling” – rather, it feels like something real, like the performance that’d be used in bar scenes if Twin Peaks were being made right now. And that’s a damn fine accomplishment.