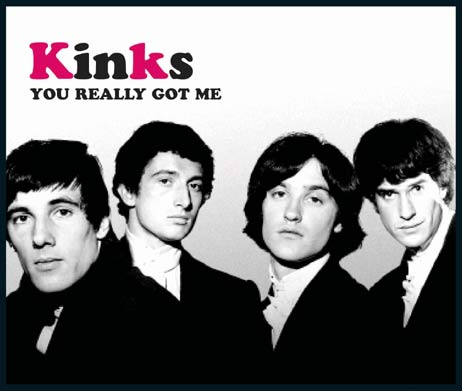 But it should be noted that “You Really Got Me” isn’t just a blueprint for hard rock – it’s also one terrific song. Have power chords ever been used so well, before or since? Have primal urges ever been more basically, urgently, and perfectly expressed? Van Halen’s version, which is probably the best known cover, doesn’t bring much new to the table aside from some pyrotechnics, which is a shame because there’s a lot more potential in the song. But other folks have been able to show just how durable a song it is…

Sly Stone – You Really Got Me (Demo) (The Kinks cover)

Sly Stone’s version of “You Really Got Me” was recorded in the late sixties, not long after the original, and it’s a surprisingly funky number (albeit only a demo). He didn’t put it out officially until 1982, on a late-era Sly and the Family Stone album. A little too slick and doesn’t compare to this fun early take.

Robert Palmer – You Really Got Me (The Kinks cover)

If you’re going to do “You Really Got Me” slick and funky, you can’t do much better than this. The groove settles in immediately and horns help propel it along, but you’re gonna have to face it – it’s Robert Palmer’s voice that makes this version so addictive.

Oingo Boingo – You Really Got Me (The Kinks cover)

Danny Elfman strikes again. Gotta hand it to him – he makes “You Really Got Me” sound like an Oingo Boingo song. Weird voices and robotic sounds abound. It’s yelpy, frantic and full of anxiety. Which is the least sexy interpretation of the lyrics possible.

Toots & the Maytals – You Really Got Me (The Kinks cover)

Whodathunkit – “You Really Got Me” works as a ska song too! More along the lines of Robert Palmer’s cover, Toots and the Maytals’ version is smooth and upbeat in equal measures. And you can’t go wrong with that voice.

The project of Roxy Music’s Phil Manzanera, 801 made some pretty great music with some fantastic musicians. While their version of “You Really Got Me” starts up with a metal roar, it quickly slides into a nice groove that highlights both Manzanera’s sublime guitar work and Brian Eno’s cool delivery.

You can really get the Kinks’ immortal classic on iTunes and Amazon.