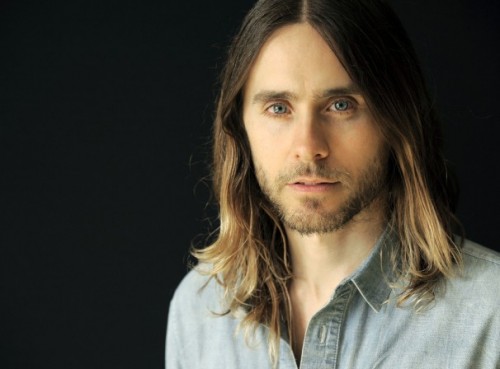 Jared Leto is a hard dude to figure out. Some people still think of him as bad boy/dreamboat Jordan Catalano from My So Called Life, teens now know him as the lead singer of 30 Seconds to Mars, and others simply wonder what type of shampoo he uses for his luscious locks. In a surprise move on BBC Radio 1 Live Lounge, Leto performed a touching rendition of Rihanna‘s “Stay.”

Leto’s vocals are a departure from the angst-filled scream-singing we are all familiar with as a frontman of 30 Seconds. Despite the reflective sunglasses, there is something touching and genuine about this cover. Watch it below and fall in love with the 90s teen heart throb all over again.

Check out more of Leto’s music on 30 Seconds to Mars’s official website.

6 Responses to “Jared Leto Gets Emotional with Rihanna’s “Stay””