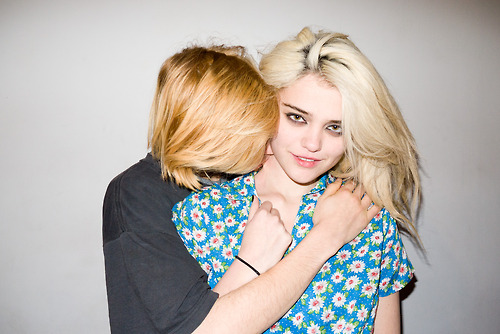 On the cusp of the release of her debut album, Sky Ferreira, along with DIIV lead singer/boyfriend Zachary Cole Smith, was reportedly arrested for possession of ecstasy and heroin. Not wanting this news to harm the release, Ferreira took to the stage with DIIV to stay active and cover Cat Power’s “Nude As The News” just a day after the reported arrest.

The performance took place at the BasilicaSoundScape Festival in Hudson, New York. Photographer Ryan McGinley caught the performance on his phone. Hopefully we don’t hear any more rumors or news about drug possession and only hear rad covers like this from the couple from now on.