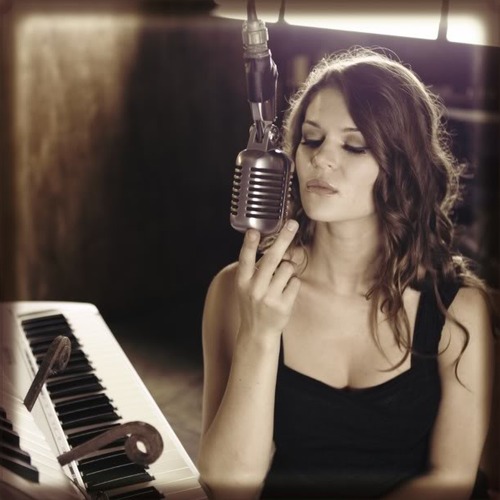 Are you looking to discover a dream-poppy, trip-hoppy kind of singer? Do you want to learn about someone who invests her emotions in electronica? Have you been waiting far too long for the chance to learn about a singer-songwriter who can’t help but obliterate the way you think about famous songs with her covers? Boy, have we got an artist for you, and her name is Mimi Page.

Page self-released her first EP less than three years ago, and her talent has kept her busy ever since, creating true soundscapes of ambrosial piano and gorgeous vocals, both with collaborators and on her own. Her original music has appeared on several film and TV soundtracks, but it’s on her covers where she truly soars, only because we have something to compare her to and watch her leave behind. See/Hear for yourself.

Back in the days when one DJ could make a difference, a music director for Power 99 in Atlanta put a year-and-a-half old track into the rotation; within four months, Chris Isaak’s “Wicked Game” was in the top ten. One can’t help thinking it would have become a hit a lot faster if Page’s version had been around then – the hypnotic piano line pulls you in, and the vocal pulls you down.

David Essex’s “Rock On,” once an unsettling groove turned one-hit wonder of the ’70s, becomes a dangerously cool track in the teens, thanks to Page’s singing and the production work of Spitfire, a.k.a. Warren Huart and Phil Allen (who also work on the following two tracks). If only it went on longer…

Page takes “Stuck in the Middle with You” and replaces the Dylanesque paranoia with a sleek glide through an urban landscape after dark. Mr. Blonde would have a lot of trouble dancing to this.

Here’s a bar bet for you – tell your audience that the guys in Stealer’s Wheel had more than one hit, let them bet against you, and then spring it on ’em that Gerry Rafferty left that band and headed down Baker Street. “I replaced that epic sax line with piano and made it dark and downtempo,” says Page, and wait until you hear where that got her.

Harry Nilsson made “Everybody’s Talkin'” famous, but he was covering a Fred Neil song, and by doing so gave Neil enough bank to quit the music business and go where the weather suited his clothes. Page’s piano-based cover adds the echoes of her mind in a way neither of these two conceived of, bringing out her feelings of remoteness without even thinking of taking away from the song’s beauty.