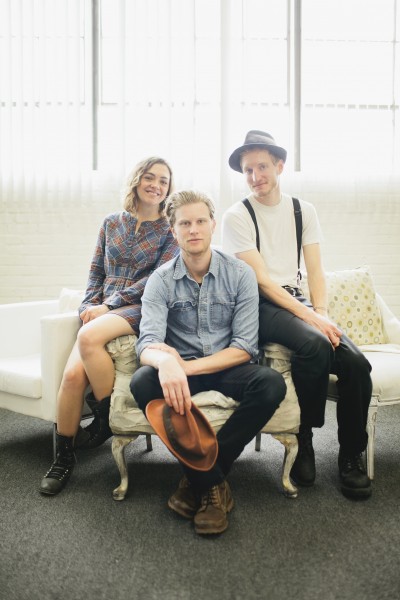 Fleetwood Mac recently wrapped up the US leg of their latest reunion and are currently touring in Europe, which has apparently fueled some covers creativity. Last week we heard UK singer Elsie’s somber take on Lindsey Buckingham’s sour ode to Stevie Nicks with “Go Your Own Way.” This week, the cover song is the same, but The Lumineers tackle it with an approach that is a little more energetic.

To be clear, neither cover comes close to the energy of the original, or seems to want to. The Lumineers opt to keep things at a low simmer throughout and forgo their “Hey! Ho!”’s in favor of a steady tempo of cello and guitar plucking. It keeps their raucous sound restrained just enough to give the cover some energy but without letting it take over the song. Maybe next week we’ll get yet another “Go Your Own Way” cover (HAIM, anyone?) but for now, check out The Lumineers below.

Check out more from The Lumineers on their website.