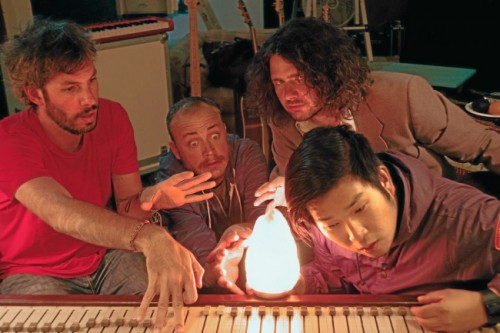 In anticipation of their 10-year anniversary of The Resignation, recently reunited California rockers RX Bandits have recorded a covers EP. The band has been releasing a cover per week leading up to the anniversary. The latest song they shared with fans was an upbeat, true-to-form take on Weezer’s “Surf Wax America.”

“Our fans take us more seriously than we like to take ourselves so we wanted to do an easy, poppy song to show our musical range,” said guitarist Steven Choi. RX Bandits succeed in this mission with their fun, college radio friendly rendition of the Blue Album single.

See if Rx Bandits are playing near you for their reunion tour on their official tumblr.